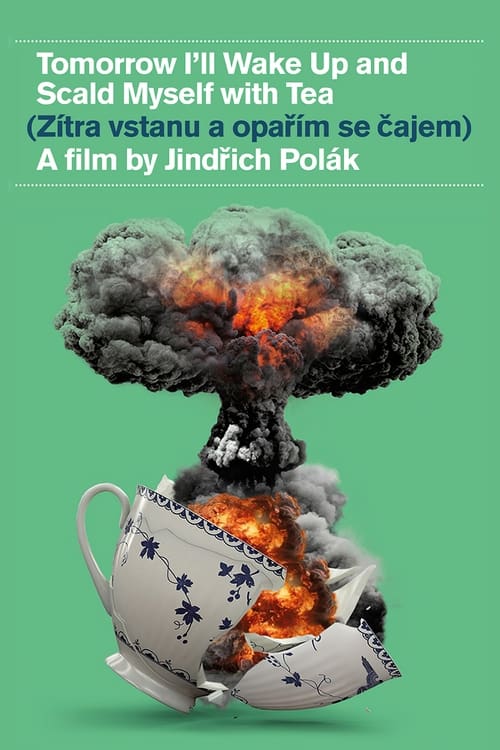 Tomorrow I'll Wake Up and Scald Myself with Tea
Original title: Zítra vstanu a opařím se čajem
STAFF PICK!
Robert said on 2021-11-06:
Made before “The Terminator”, “Back to the Future”, and other time travel classics from 1980s Hollywood, this 1977 film from Communist Czechoslovakia employs an ingenious time travel narrative to highly entertaining effect. A group of ex-Nazis attempt to reverse the outcome of World War II using time travel, but unexpected complications cause their diabolical plot to go hilariously awry. If you are a fan of genre cinema, films from the Eastern Bloc, or wry comedies, this offbeat science fiction film is a must-see!


Former Nazi Klaus Abard survives to the 1990s by taking anti-ageing pills. He plans to use a time travel trip to return to Germany in 1944 and present Hitler with a hydrogen bomb, so that he can win the war. Unfortunately the pilot, woman-chasing Karel Bures, dies on the morning of the trip and his earnest twin brother Jan impersonates him, without knowing about the plot. The plot goes wrong when they lose the bomb and land near Hitler's bunker in 1941, at a time that the Nazis sense victory. Bures, with two of the plotters, escape capture by the Nazis and make it back to the time machine. Bures programs the machine to return one day before they left, because he figures he can then save his brother and foil the plot.